Now Joey Badass who realesed this album on his birthday has a special talent. he will go far as an artist. he puts his love for 90s rap on display and with his own sounds make a great album. proving to many that he isn’t an copy cat and that he can work hard. The album has the aesthetics of 90’s east coast boom rap and jazz elements, now we know he is a force to be reckoned with. 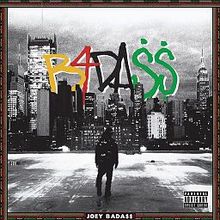 The Production of album is something that we haven’t seen before with DJ premier, JDilla and The Roots as well as the alchemist how can we not love the product. Me who loves JDilla and the Roots i wasnt surprised by this at all because of the way the young rap star is, he has a big future ahead of him.

All i have to say is that y’all better go and buy this album and support the Pro Era Movement because they are on the up and up and you will see how they will change the game of music in the next couple of years.