Saturday will be 20 years since the Ready To Die album hit the airwaves. Christopher Wallace known around the world as The Notorious B.I.G., Biggie or Biggie Smalls.
who would have known that the album will be one for the books and become popular and put the East  Coast hip hop on the map.
The album will cement the man in the books as one of the best in the world and for me he defiantly one of the best in the world along with 2Pac who i love.
who would have thought that this man would be so popular he would put Lil kim and junior Mafia on the map. I’m not gonna say i know what this man was like because i don’t but seeing how done this for his childhood friends shows a lot character.

Ready To Die has to be one of my favourite albums of all times, I know that i have a lot of albums which i love but Ready To Die is very informative and enlightening on how Biggie Smalls used to live and how he has changed his life for the better
The album deals with many themes like violence, drug dealing and alcohol and family life or the lack of family life around the early 90s,It also deals with depression and on the last song Suicidal Thoughts brings you a glimpse of it all. 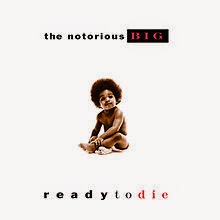 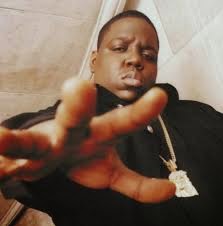 When people think of the album ready to die many think of songs Juicy, Big Poppa and others for me these are the songs are ones that stick out for me. It really highlights how he must have been feeling at a time when life was difficult.